Hinduism temple right by the ChinaTown 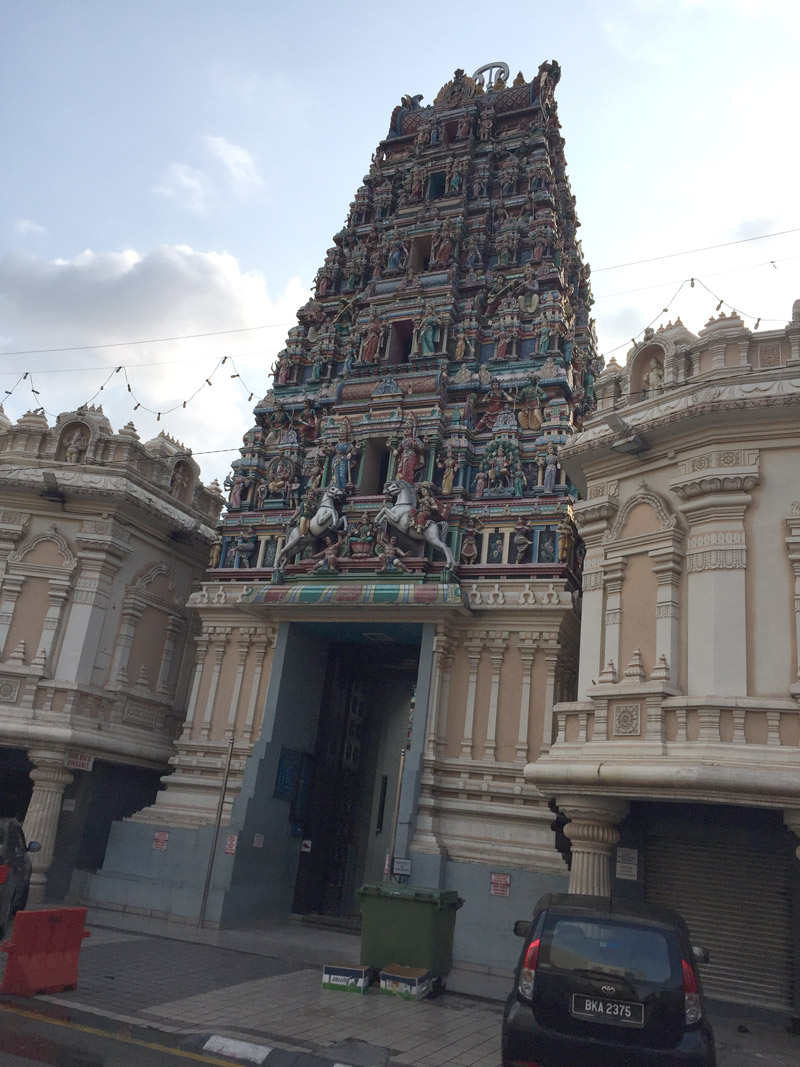 There was a temple of the Hinduism which is from Central Market to the Chinatown area in Kuala Lumpur.
When I watched a roof of elaborate and sophisticated works, I heard a voice to just tell an opening of praying.
As I looked at the entrance, some one was beckoning to me.

There was a place to keep shoes in the immediate neighbor of the entrance.
If we take off our shoes and leave them in a shelf, it seems that everybody can enter in.

Even a Japanese can go and worship

The worshiper washes hands and feet with a faucet of the water service in turn when I pass through the gate barefoot.
I entered inside after I washed hands and feet in the same way and cleansed it.

It was displayed beautifully in the building, and the lotuses were drawn on the ceiling.
There were some people towards the central depths.
I heard voices of praying sequentially, but I couldn’t watch well because of lots of people.
Because I was not a Hinduism believer, I sat straight in people behind and sat down.
Then suddenly, the man on the left began beating a drum, and the man on the right began blowing on a flute.
People’s praying gradually swells, and the people who sat down gather to the center slowly, and began to form a line.I also stood up and lined up. 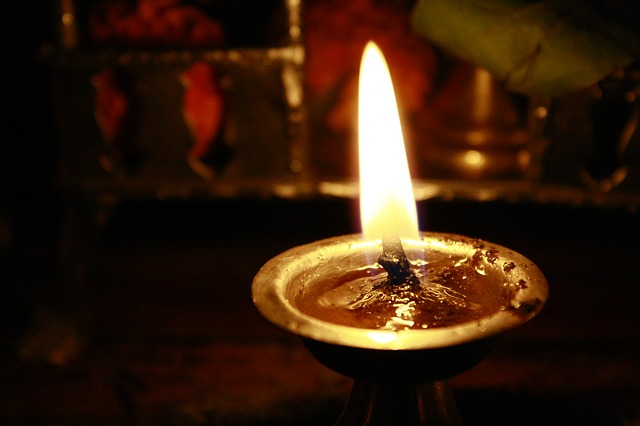 The thin man with white cloth bringing the fire of the candle approached.
The believer shaded fire with both hands and put the hand on the head.
The next person attached white powder to the finger and touched my forehead.
The third person gave me water to my both hands.
Praying has already finished.
It was mysterious experience for me.

When I left the gate, a man talked to me.
He said that the person who had high religious position gave praying because today was a special day.

“What is your religion?” he asked to me.
“Buddism.” I answered.

To be honest,when I went to the kindergarten of Catholic, I prayed Maria every night.
My grandmother was a supporter of the Shingon Sect(Buddhism).
But we don’t have family’s Buddhist altar in my parent’s home.
So I don’t have the clear intention like “This is my religion”.
Since the days of a child, I had feelings that there were a lot of Gods before both nature and my life all around.

Though it is rare that I do pray for the Gods actually,I imagined about the life that praying fixes as an everyday ceremony.

I talked to him that I had gone to Batsu Cave in this morning, it was really crowded with many people.
He said,“That’s all right.Today is a holiday after the Ramadan.Special day.”

We have to pay 2 ringgit at the place leave shoes,but I forgot…
If you go to here,don’t foget to pay ! 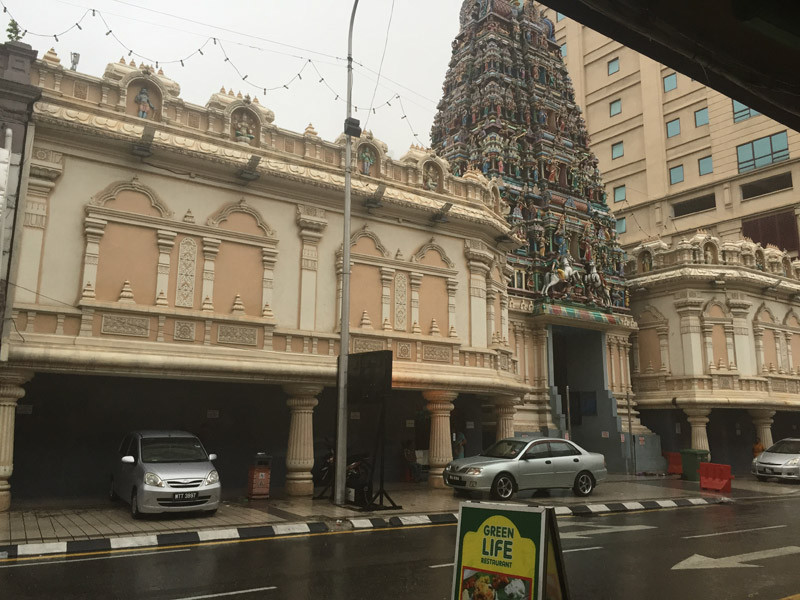 It was rainy next day.

Thailand and Burmese chaitya are built at the gurney drive of Penang f...