Issiki Beach is recommended for family in this summer.

It takes 30 minutes by bus from JR Zushi Station.

Our family went to the Beach for swimming in the middle of Aufust.
When I was a junior high school student, I belongs to the swim club and swam a lot everyday.
But now, I became 40’s so that I hesitate swimming in the sea with a strong sunlight of the midsummer.

As a result, my husband and son is going to enjoy swimming and I read a book leisurely on the beach all day.

We selected the beach named Issiki-Beach which is not crowded too much and be able to reach by a train from Tokyo. 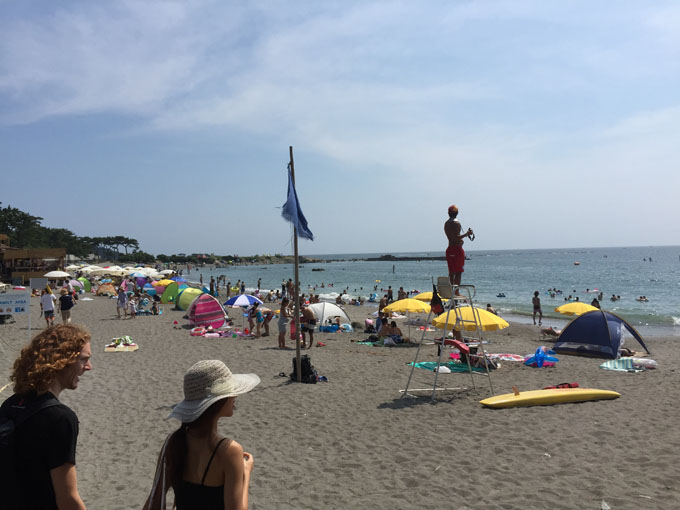 This beach is small and comfortable to stay.

The wave is relatively calm at Issiki beach.
The buoys float;The area that can swim is not so large.
It wouldn’t happen such a case that children were lost and parents were upset. Don’t worry.
Security guards and life savers walked around. 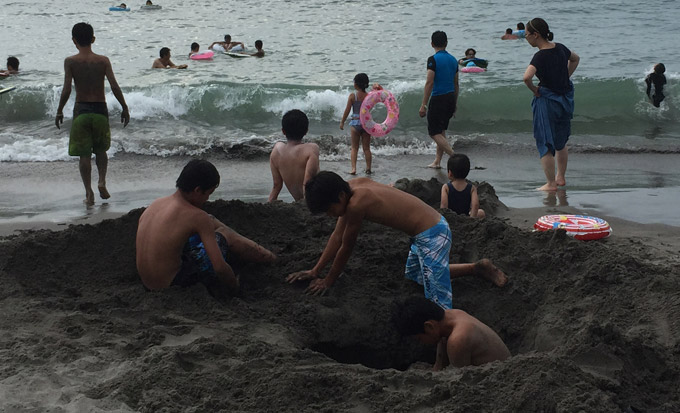 Be careful about black kites in the sky!

When I bought ice cream for my child, the big black kite was coming!
It flew straight at the ice cream of the child at his hand and hit it directly!
As a result, the ice cream was thrown up in several meters ahead, and the black kite failed to get it.

My son removed sands and ate the rest of ice cream…

The Issiki beach was divided with family area and the other place. 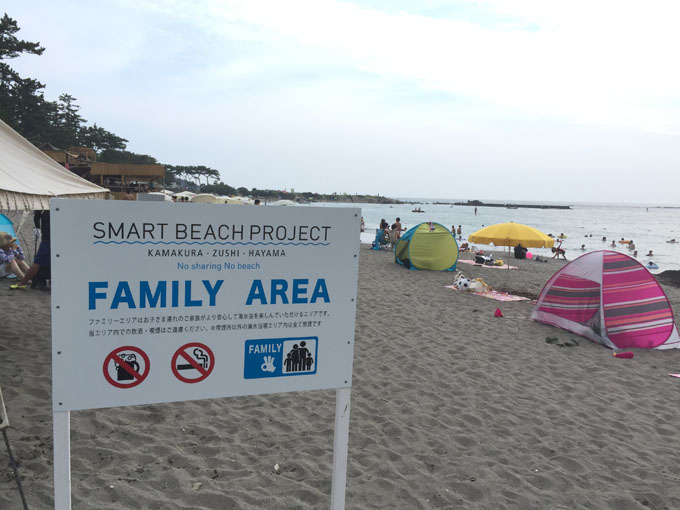 I understood this time. It is that drinking, smoking is prohibited in the family area.
In 2014, I saw the topic that Behavior of the tourist and swimmers was brought into the problem at the Zushi shores.

The use regulation of Zushi Beach was a relatively loose thing, but in late years the manner aggravation of the user was outstanding until last year. People who I drank liquor, and got drunk sounded megavolume and made noise, and the case that a quarrel occurred, and a gangster was stabbed with a knife in – – last July, and to die got up.

The city was concerned about this situation and established the manner regulations commented that it was the Japan’s severest.

Though Issiki beach is a little away from Zushi beach, regulation may be reinforced here.

But it is not divided with fences and ropes closely.
A signboard written, “this place is for families” is stood.

Because there were not people who play music loudly and youths that drunkenness had high jinks, I could read a book and take a nap leisurely calmly.

There is the stylish cafe in drinking & smoking OK area. 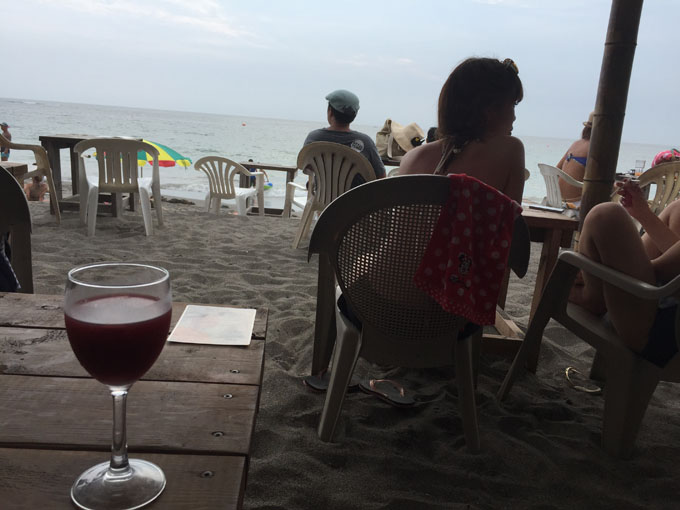 There is the area of drinking, smoking OK in dozens of meters ahead from the family area.

Here is the stylish cafe and is the atmosphere that is some adults.
The shop of the family area is in contrast to having been a feeling “to be quite simple”. 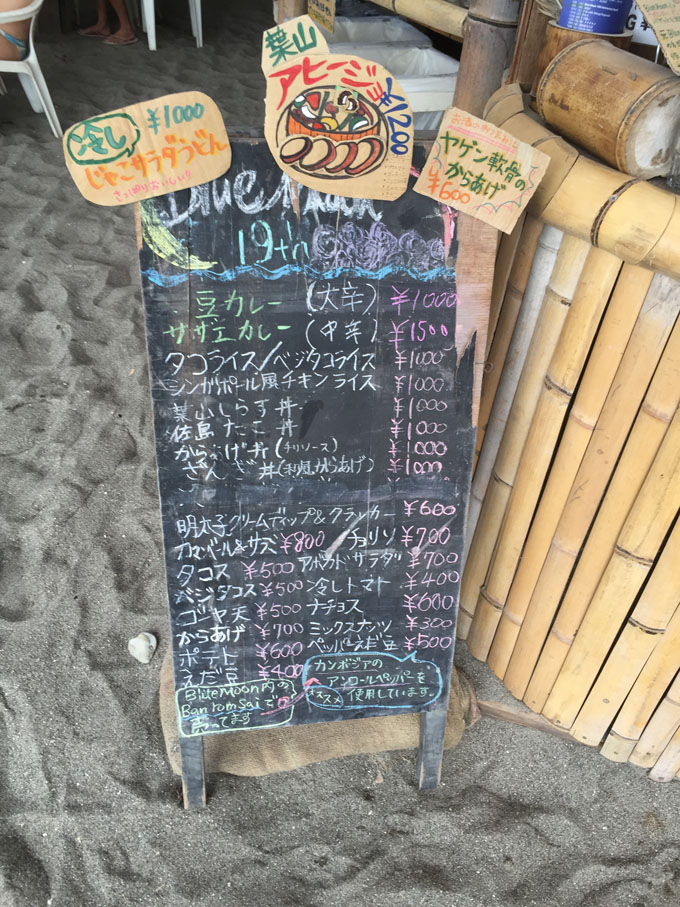 A local person took the questionnaire

A local person came and said “let you take the questionnaire”.
He asked,
“What do you think about this division of family area and the other place.”
I answered in this way.

Because I forget everyday work and want to take it easy and come to the sea, I am glad of quiet this more than the beach where a drunkard makes noise.
However, the young people want to meet a girl in this sea and I know the feeling to want to be in high spirits in the sea.
Without completely removing such a person, this rule is very good, I think .

Actually, it was very comfortable in the family area.

I think that even the couple without child can use this area to spend time calmly.

I wanted to eat Anko balls.( sweet bean jam ) My friend of the Japane...

麼麼咋咋 is from Malayn Sweets When I travelled to Thailand, I bought...